The Fault In Our Stars Review 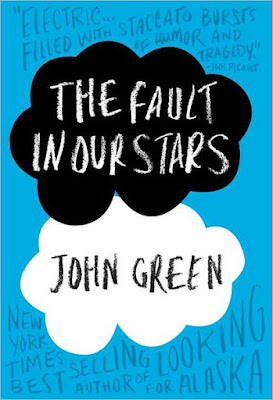 The Fault In Our Stars author,  John Green builds a story out of darkness and despair. He takes the tragedy of cancer and immerses us in the lives of characters that could very well be real. Many know the heartaches in dealing with those who fight the fight, and many of those scars last a lifetime. He brings this story to life in the form of a teen girl, Hazel Lancaster. Stricken with cancer from a young age, she believes she has come to terms with what her life has become. Then she meets a young man, Augustus Waters, a survivor of cancer. He is drawn to her in a way that is initially uncomfortable, and as she tries to push him away in her sarcastic vein, he finds her to be exactly the type of girl he has been looking for. Throughout the story there is beauty and humor, a 'candle in the wind' for each of those whose lives have been touched by such an uncaring disease. For cancer touches not just the victim but all those who love and are in anyway touched by them.
Written so beautifully your heart and emotions melt, you become a part of this group of patients and their families, sharing their triumphs and losses. The friendships as well as the depths the families go to in order to prepare for the worst while holding onto hope is like a beacon of light. Be prepared for a story of romance that include emotions ranging from anger, excitement, humor, friendship and bravery for that is the direction we are led as Green develops the personality of a group of teens that have such courage as to bring the reader to both laughter and tears. The stories that encircle each individual give you a glimpse of the character and daring as well as abiding hope. Hidden within that strength they also hide the depression and hopelessness as they try hard to protect their family and friends by showing only the smiles and strength whenever possible.
The courage and humor, the energy and despair all keep you on a roller coaster of emotion. Green takes you on a journey both terrible and beautiful.
While a difficult book to categorize I found it to be one of the most important finds of the last few years. Green shines a light on cancer in a way that sends a tremor of intent awareness, an incandescent monument to those that have both won and lost the fight, as well as the damage done to those closest. The story blasts away the veil of secrecy and hooks you from the very beginning.
Posted by NLindelow at 11:16 AM

Email ThisBlogThis!Share to TwitterShare to FacebookShare to Pinterest
Labels: Books