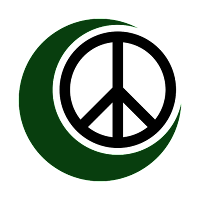 Given recent events around the world you may have heard the words “Islam”.
Although a lot of you may not be familiar with this religion and its beliefs. First off, let’s get something straight all muslims are NOT terrorist! This is a hateful stereotype. The word Islam means “surrender to the will of God”. This basically means let God control everything. This religion is based around the Prophet Muhammad. To learn more about the Prophet Muhammad, read this.
Islam is a Monotheistic religion. That means the religion only has one god. There are 5 pillars of islam. These pillars are almost like the ten commandments. The first is Shahādah, which is the a saying that every muslim must recite at least once in their lifetime. The second pillar is ṣalāt, praying every day five times a day. Zakāt is the third which is a tax that is payed in things like food, cattle, sheep, gold, etc. to the needy and poor. Ṣawm, the fast that takes place the month of Ramadan is the fourth pillar. Finally, the fifth pillar is Islam is hajj. The pilgrimage to Mecca, the origin of Islam. There are 1.6 billion Muslims in the world, which I would say is a lot. Also people like Muhammad Ali, Malcolm X, and even Dr. Oz are all American Muslims. I think that everyone has learned something from this article and I hope you can apply it to your life to grow tolerance and love for all.