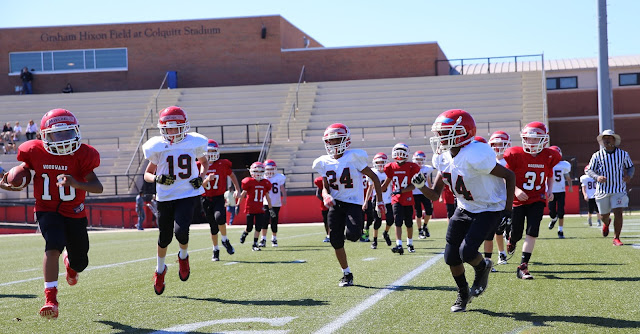 LS Red team vs. White comprising of students from 4th to 6th grade.  Red team won 8-6. Each team scored one touchdown (Thomas F. Red and Elgin B. for the White). Sean M. scrambled away from the defense, scoring the only 2pt conversion, bringing victory to the Red Team.

In the 2nd quarter, classes were treated to King of Pops to cool off from the unusually sunny day.  There was no dispute about which flavor was best because they all were good but some of the popular ones were Cookies and Cream, Sea Salt Chocolate and Raspberry Lime.

Some spectators thought the game was slow going due to prolonged huddles.  Thankfully the cheerleaders rallied throughout the game keeping fans entertained and performed a half-time show to the song, Salute.

Extravaganza was an awesome event as students enjoyed getting out of the classroom and seeing their peers battle it out in a well-played game! 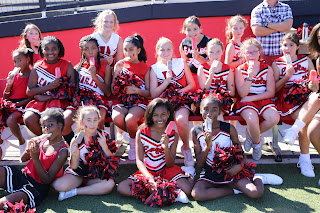 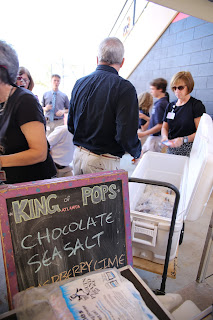 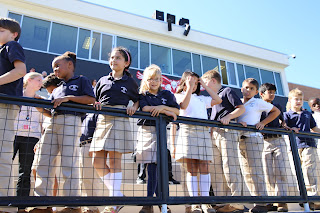